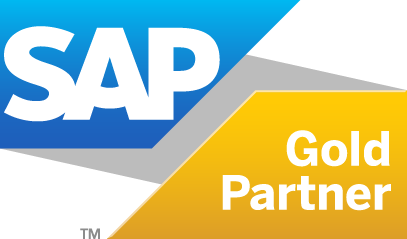 Time collector to count how often employees clock in too late in a given month.

You can now create warnings and alerts based on time collectors!

Unlike errors, warnings don’t block users. For example, you use a time collector to count how often employees clock in too late in a given month. If an employee clocks in too late more than three times, you want to notify that employee. However, you don’t want to prevent your employee from recording time because of clocking in too late more than three times. In such a case, you create a warning that is shown if the number of late clock-in times in the time collector exceeds three. The warning is shown to the employee on the Time Sheet UI, and it’s shown as an alert on the Admin Alerts UI.

This enhancement or new feature is from a Customer Community Idea. 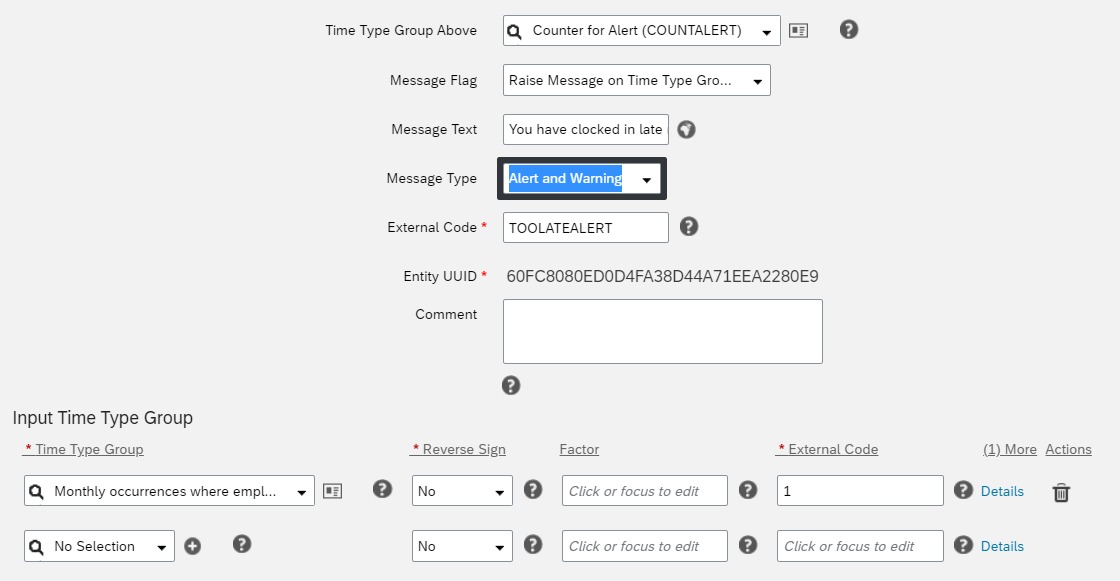 How It Looks Now 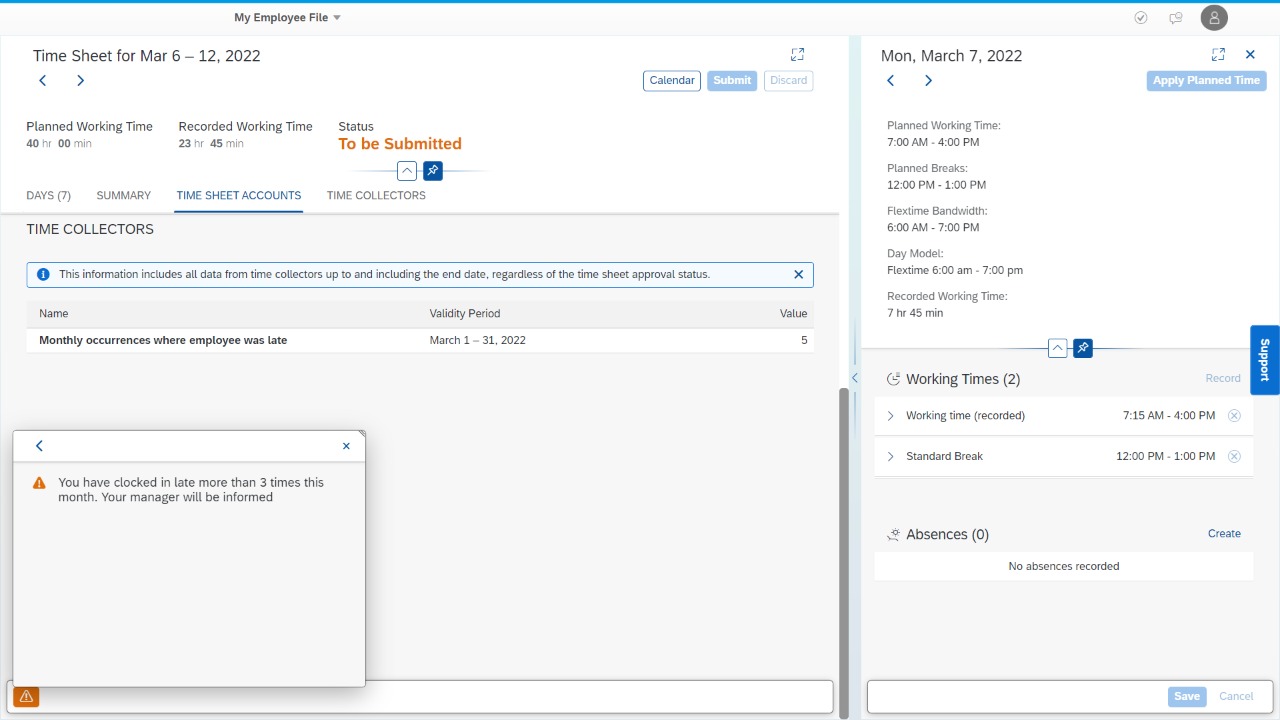